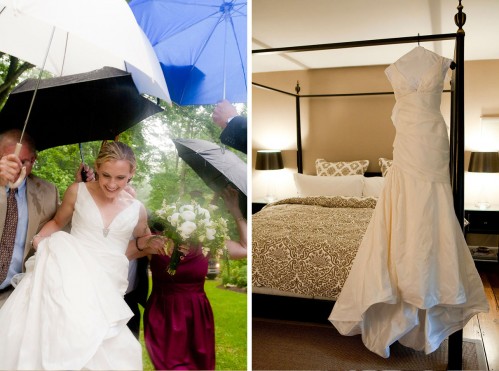 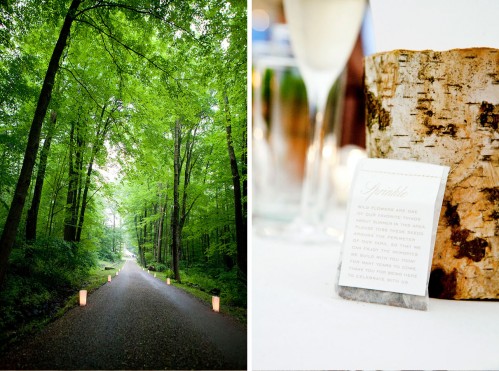 Fast-forward to Part II. Nathaniel and I own a very old colonial home up in the hills of Litchfield County, CT. We found the house together while we were dating, and that is where he proposed. Because the house is in the midst of a large, lush green clearing, it made practical and romantic sense to have our wedding there. The plan was to hold a tented reception starting at 5 p.m. that Saturday, where all of our out-of-town guests would join us for a “country chic” wedding celebration.

Unlike Friday, Saturday was a meteorologic mess. Our vision for the whole evening shifted. I had imagined a second ceremony, with our families processing down our long driveway toward the crowd of guests gathered on our front lawn. I had met with Jenny Ebert, our incredibly talented photographer, to discuss capturing shots of dappled light and interestingly-cast shadows on everyone and everything. I had even considered having a hat made for the ceremony.

Instead, it was dark and damp and sprinkled all day. At 6 o'clock (we were running late), as the last luminary was lit along the driveway to announce our entrance, there was a rumble up above. Just as our van pulled into the top of the driveway (carrying me, the bride, and our two families. Nathaniel was already there entertaining our guests), the skies opened up and proceeded to dump water for the next 8 hours. Thank goodness for our beautiful tent.

As opposed to any sort of graceful entrance, I had to RUN from the van into the tent, under the shelter of 4 umbrellas (thank you, Mom and Dad). My ivory (Amsale) gown was hoisted up around my knees and my blue (Marc Jacobs) heels were soaked through. And there I was met by my handsome groom, dressed in his dapper pinstripe suit (Ralph Lauren- and no tie!) Nothing could have possibly ruined that moment. It was a blast. It made for a very dramatic entrance, and guests cheered and laughed at the whole spectacle.

Nathaniel and I exchanged the vows that we had written to each other, and then he shocked everyone by serenading me with, “My One and Only Love,” once everyone was seated at their tables. Though I had begged him to sing (he has a voice that makes you weak in the knees), he had refused saying he was too embarrassed. It was the best wedding gift I could have asked for.

Because we're both in creative professions, we tapped into the many resources of our astonishingly talented friends for the party. A friend of Nathaniel's sang our first song (David Liang of the Shanghai Restoration Project), and accompanied him while he sang to me. Two former graphic design colleagues of mine arranged the seating cards, strung between two birch poles. One of them is now studying fashion design, so she hand-made abstract flower pins for guests to wear on their lapels. My current business partner (Ashley Rosebrook of Rosebrook hats) did the table layout, using different types of ferns, mint julep cups and votive candles, instead of flowers.

We hired a band for the first half of the night, and asked them to exclusively play music from the Big Band era, so the older half of our guests could groove on the dance floor for a bit. The evening had a very “Gatsby” vibe, until our DJ, Michael Smith, took over. The whole energy level and volume went from cozy, swinging and romantic to jumping, shouting…and, well, breaking the dance floor. We actually DID break the band-stand somewhere in the midst of the night, as the younger portion of our guests (and some older, including my father) partied and danced until after 2 a.m. The moral of our story is that rain can not only create “wet knots that are harder to untie,” but a spectacularly fun atmosphere for a wedding.

[Maureen just launched a new site with her business partner called Pinhole Press, so check it out!] 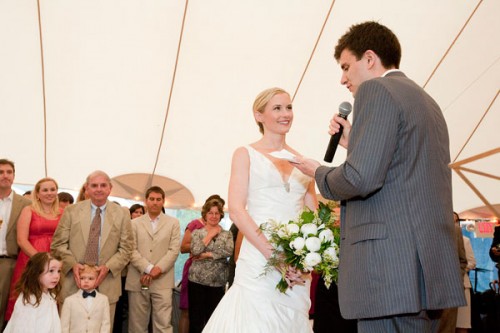 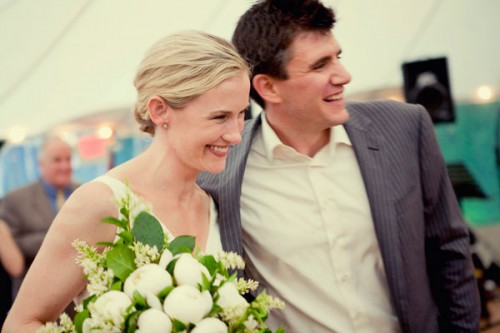 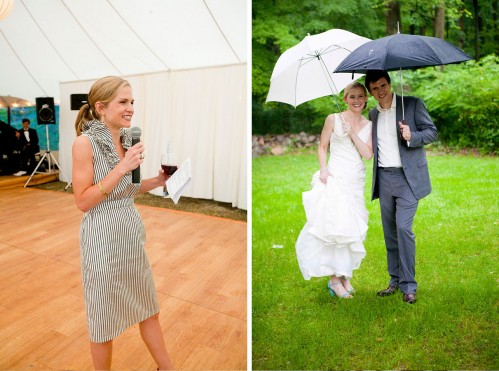 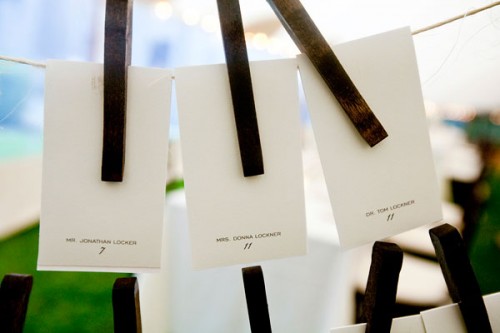 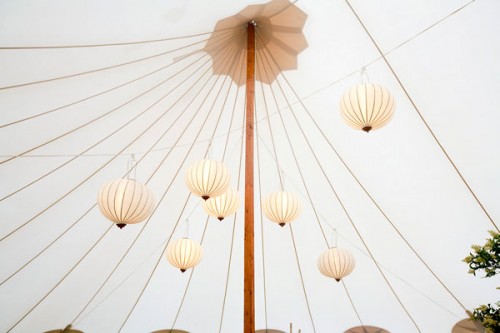 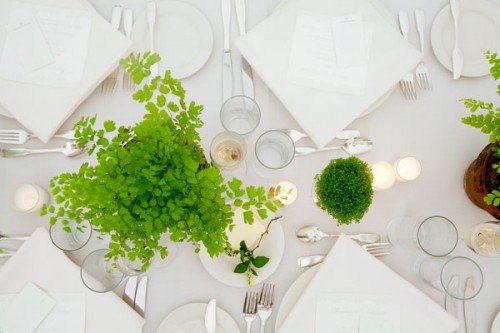 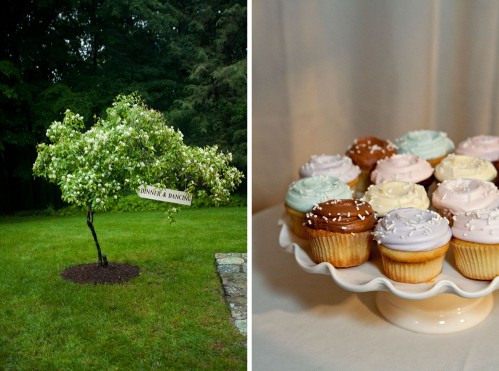 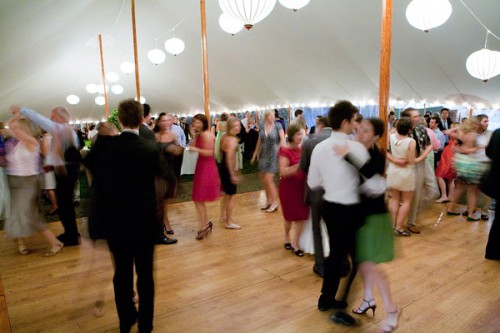 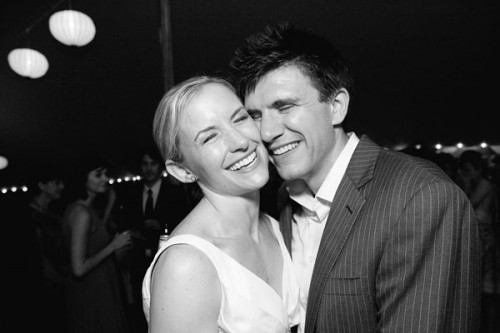